Thursday, January 10, 2019 at 7:30 PM – 9:30 PM Our Saviour's Lutheran Church 318 E 6th St, Casper, Wyoming 82601 With high honors in the Rocky Mountain Folks Festival’s Songwriting Showcase Finals, new album “Fall is a Good Time to Die” named to The Telegraph’s top country albums of the year (next to Willie Nelson, The Punch Brothers, and Dar Williams), and critics proclaiming her “5 out of 5 stars, essential listening” (Empty Bottles and Broken Souls), it’s been a good couple of years. But these accolades are not only the culmination of hard work and good luck, but the fruition and maturing of two musical passions-of writing and performing. Hailing from the Great Plains of eastern South Dakota, Jami began performing folk and bluegrass music at the age of thirteen. It took little coaxing from her grandfather to make the transition from the audience to the stage. At sixteen, Jami began accompanying herself on guitar and writing her own music. Jami Lynn attended the University of South Dakota majoring in Vocal Performance. She spent a semester at Tennessee State University in Nashville to study Commercial Music and immerse herself in singer/songwriter scene. While the experience honed her performance and songwriting skills, it also heightened Jami’s awareness of her deep connection to the landscape and culture of the Upper Midwest. Upon returning to finish college in South Dakota, Jami Lynn began work on her senior thesis, “Early American Folk Music of the Upper Midwest.” What began as a typical slap-it-together-and-call-it -good thesis turned into an intensive year of research resulting in many academic presentations and the recording of “Sodbusters,” which caught the attention of critics in France and the Netherlands and was included in the Smithsonian’s Shared Harmonies Project. Lynn brings folk music to elementary students and hospital systems through the South Dakota State Arts Council. She has shared the stage with legendary folk singer Spider John Koerner, Gillian Welch, The Wood Brothers, Jolie Holland, Mason Jennings, Trampled by Turtles, Charlie Parr, Chatham County Line, The Pines, Special Consensus, and claw-grass great Mark Johnson. 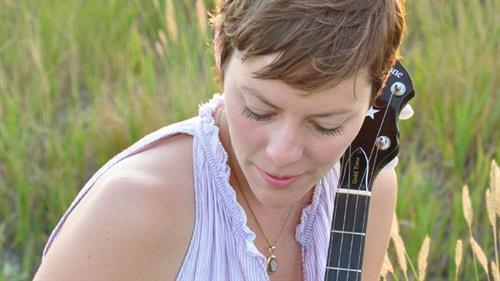